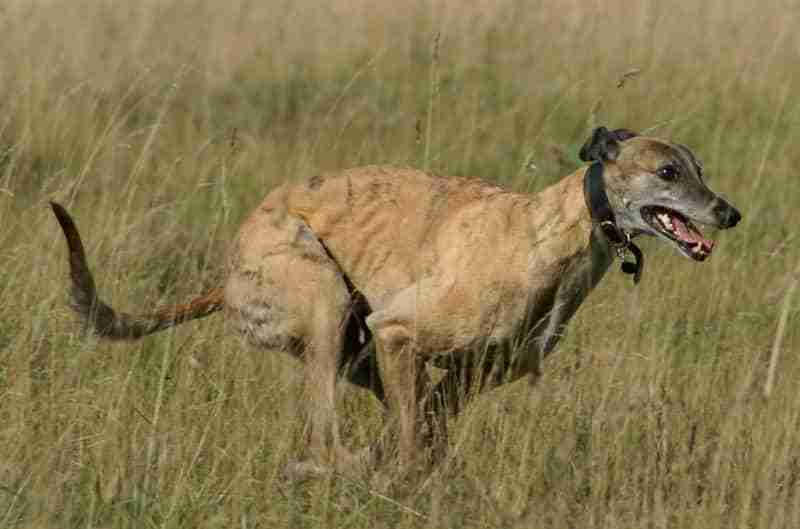 If you’re an avid runner, you like to spend a lot of time hitting the trails. At times, this can get a little lonely. While you could conceivably find a human running partner to run with you, he or she might not always be available. So why not consider getting a dog to run with you? Here are the top 10 best dog breeds for runners.

Some of the friendliest dogs you’ll ever come across, golden retrievers are capable of doing a great many things, including running. Whether you’re a sprinter or a long distance runner, these dogs will stick right by your side. Easily trained and very obedient, they possess medium sized bodies which are built for a great deal of physical activity. If you’re looking for a loyal running partner, a golden retriever will certainly fill that role.

If you’re interested in a smaller dog, you might consider getting yourself a Fox Terrier. These miniature dogs are built to run in heat and make perfect partners for long distance runs. It’s just important to make sure that they are trained when they are still young. They have a tendency to chase after anything that crosses their path, and you don’t want to have to stop your momentum once your run is already happening.

Weimaraners possess skinny, but muscle-bound bodies which can move at fast speeds over short distances, or at slow speeds over long distances. They’re filled with seemingly endless bounds of energy, making frequent exercise necessary. With an affinity for staying close to their owners at all times, these tall, lanky dogs will rarely ever try to stray from your side during a run. If you’re a frequent runner, a weimaraner can make the perfect workout partner for you.

For all the long distance runners out there, you might consider getting a dalmatian. Dalmatians are filled with tons of energy and love to exercise in order to get some of that energy out. They’re great for all types of long distance runners; whether you’re a regular marathon runner with lots of speed or a general novice to long distance running, these large, physically capable dogs will accommodate you.

While they’re great in all climates, German Shepherds excel especially in cold weather. Whether you’re a sprinter of a long distance runner, a german shepherd will stick by your side through the entirety of your trek. Their boundless energy and spirited enthusiasm necessitate quite a bit of exercise, so an avid runner would make a terrific german shepherd owner.

Greyhounds have a famous bus line named after them. That’s how good they are at running. However, greyhounds are not great distance runners. They’re best at running over short distances at high speeds. This is what makes them such good race dogs. So, if you’re a long distance runner, you should probably look for another breed. If you’re a sprinter, a greyhound is just what you need to keep you going.

Energetic and enthusiastic dogs, border collies are built for distance, capable of running long mileages in both warm and cold weather. In addition, they’re very easy dogs to rain, obeying their owners with little to no fuss. However, they’re not made to be out in the snow for long. It can get trapped in their fur, causing them to unnecessarily freeze. But if you’re a long distance runner and are looking for a consistent companion, a border collie could be just what you’re looking for.

Quick, surefooted dogs, Australian Shepherds can run short and long distances, but especially excel in situations in which they must turn sharp corners. This makes them great dogs for trail runners who like to work out in wooded areas. Enthusiastic and energetic with a seemingly constant need for exercise, they need owners who can keep up with them at all times.

Energetic and playful dogs, Standard Poodles can be a lot of fun to take along on a run. They excel at running slow speeds over long distances, making them great for marathon runners and the like. However, they can be a little wild at times. It’s important to leash train them early on in their lives so that they don’t go off on their own too often. If you train them correctly, they are superb running partners.

If you live in an area that sports a traditionally cold climate, you might be interested in getting a Siberian Husky. These large dogs thrive in winter weather conditions but can also make due in the spring and fall. They’re very athletic and are in constant need of exercise, so they love to be taken out for both short and long runs. Quick-footed, they can weave in and out of obstacles with general ease.