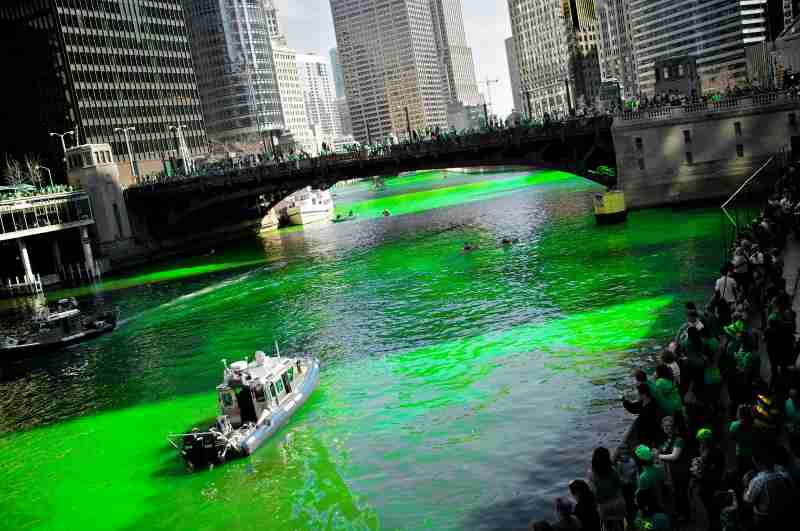 The Windy City famously turns the water of the Chicago River green on the morning of every St. Patrick’s Day. It’s an event that draws huge crowds, usually numbering in the millions. In addition to this, the city holds one of the most prestigious St. Patrick’ Day parades in all of the United States, sporting Irish folk bands, dancers, and more. If you’re looking for some big fun and some green beer, Chicago is the place to be.

The most Irish city in America according to census data, Boston plays host to one of the largest St. Patrick’s Day parades in the whole country. In total, the parade attracts around 1 million attendees annually, ranking as the third largest in the U.S. The city takes on a festival atmosphere before and after this parade, with drinking, partying, and various forms of entertainment taking precedence.

Though it’s not a huge city, Savannah, Georgia plays host to the second largest St. Patrick’s Day parade in the entire country. Around 3 hours long, the parade usually draws around 500,000 attendees to see Irish bands, Irish dancers, and other Irish-themed groups. The celebration takes place in the city’s Historic Park District, complete with green-dyed fountains and Ireland-inspired decorations.

While the city only consists of 8% of Irish descent, it hosts one of the largest parades in the country, and the largest St. Patrick’s Day parade in Ohio. Typically, upwards of 500,000 attendees make it out to the parade, turning the city into a giant, green ball of fun for an entire day. The parade occurs on March 17th year in and year out without fail. When you take Cleveland’s accessible bar scene into account, it makes the holiday celebrations all that much more mouthwatering.

Though it’s not as large as the Savannah and Cleveland parades, Denver’s St. Patrick’s Day parade still brings out around 250,000 attendees annually. This makes it one of the largest St. Patrick’s Day cities west of the Mississippi. The streets are lined with tens of thousands of Irish bands, dancers, floats, and otherwise. With a number of great bars and Irish pubs, Denver is a terrific city to take in the Irish-themed holiday.

While it’s not quite as luxurious as the one put on by its northern rival Chicago, the St. Patrick’s Day parade put on by St. Louis is still very respectable. The parade includes around 350 floats as well as tons of Irish bands, dancers, and more. The city also hosts several special events throughout the week to honor people of Irish heritage. These events include the Celtic Cross Ceremony and the Greening of the Fountain.

New York City does just about everything well so it’s no surprise that they make this list. With one of the biggest and oldest St. Patrick’s Day parades in the country, the city plays host to a number of Irish bands, dancers, groups, floats, and otherwise. The parade is also one of the longest in existence, lasting a total of about 6 hours. There are tons of bars throughout the city, almost all of which will be prepared to celebrate the holiday with their patrons.

The city that throws the best street party with Mardi Gras also throws a great St. Patrick’s Day party; no surprise there. The Big Easy is home to a fairly large population of Irish descendents, and the city reacts accordingly to celebrate them. Various parades, block parties, and otherwise go on throughout the week to keep New Orleans residents and visitors beyond satisfied at all times.

A northwestern suburb of Columbus, the aptly named Dublin, Ohio celebrates St. Patrick’s Day about as well as anyone. The city kicks the day off with a huge pancake breakfast, and then allows the citizens to watch the inflation of floats which will be used in the parade. The parade runs through the city’s downtown area as local bars, restaurants, and pubs do everything they can to bring the holiday to life.

New London, Wisconsin gets so into St. Patrick’s Day that the town changes its name to New Dublin on the week of the Irish-themed holiday. The town hosts various different activities throughout the holiday week, from Irish singalongs, to parades, to festivals, and more. If you’re looking for a great St. Patrick’s Day celebration with a small town feel, this is the place for you.