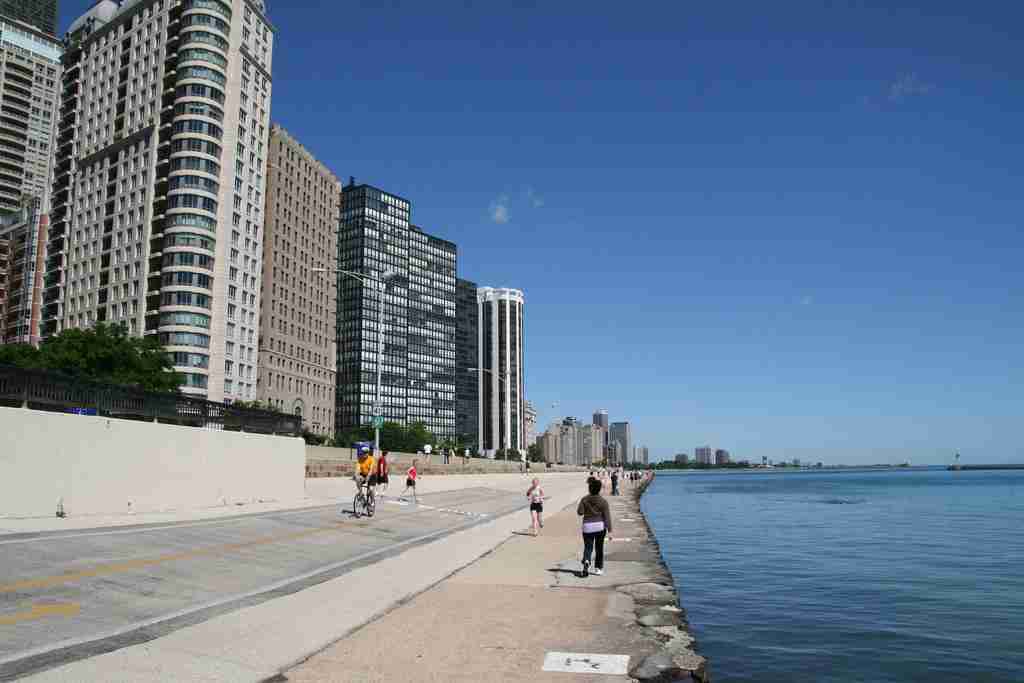 When life’s weighing down on you and the stress is piling up, there’s often no better remedy than a nice run. Running will get your blood pumping, set your mind at ease, and bring you a sudden sense of accomplishment you otherwise wouldn’t have received. But where are the ultimate places to run? These are the top 10 best running trails in the United States.

Spanning 18 miles along Chicago’s eastern coastline, the Chicago Lakefront Trail runs continuously along the beautiful and massive Lake Michigan. Other attractions to see along the path include Soldier Field, the Navy Pier, the Museum of Science and History, and many, many more. Also used by cyclists, the trail is always booming, inhabited by Chicago residents from morning to night.

Located in the middle of downtown Austin, Texas, the Butler trail runs for 10.5 miles along the city’s Ladybird Lake. It possesses quite a bit of tree cover, keeping you shaded during almost all of your run. Also host to walkers and cyclists, it can get a bit busy, but is plenty wide enough to accommodate just about everyone. With a variety of nature and animals along the trail, there is plenty to look at as you run.

While Central Park might be the single most popular place to run in New York City, the High Line on Manhattan’s West Side might be the most interesting. Transformed into a running and walking trail from an old, elevated freight rail line, the 1.45-mile trail offers excellent views of the city as well as the Hudson River. If you’re looking for a relatively short path to get a morning jog in, the High Line is as good as any.

The 10th largest municipally owned park in the United States, Griffith Park in Los Angeles is host to a variety of different attractions, from the Los Angeles Zoo, to an observatory, to a Greek theatre, and more. It’s also home to around 53 miles of interconnected hiking and running trails. These trails run by a number of different sites, but the most exciting trail is the one that leads to Mount Hollywood. This is the highest point in the park and will offer excellent views of all over the city.

One of the most popular as well as one of the most interesting trails in the United States, The Mall and Monuments Trail in Washington, D.C. offers exceptional views of tons of landmarks in the nation’s capital. It runs by everything from the Lincoln Memorial, to the Washington Monument, to the reflecting pool, and more. A complete loop of the trail will result in around a 4 mile run.

Totaling 130 miles in length, the Schuylkill River Trail runs along the banks of the Schuylkill River in Southeastern Philadelphia. The trail is accessible from a number of different areas, but it also very popular amongst cyclist. The best areas for runners are between Fairmont Park and Valley Forge NHP as well as the portion that crosses Falls Bridge in East Falls.

There are plenty of beautiful places to run in Boston, but perhaps the most popular is the Charles River Path. Measuring in at 9 miles on both sides of the Charles River, the path’s total loop comes in at a total of around 17 miles. Not only is there a beautiful river to peer out upon during the entirety of your run, but there’s also a variety of glorious scenery. If you choose, you can take one of many cross-cutting bridges to shorten the overall length of your run.

There are few running trails more aesthetically-pleasing than the Silver Strand trail in San Diego, California. Built on the Silver Strand, a 9-mile sand isthmus just west of inner-continental San Diego, it offers sensational views of the ocean regardless of where you’re looking. Home to the Silver Strand Half Marathon, a full there-and-back loop of the trails will result in a run of around 18 miles.

Many might not know this, but Minneapolis is a city that practically caters to runners. While it features a number of great running trails, its best has to be the Chain of Lakes running trail. A 13.3-mile trail, it offers views of numerous lakes, from Lake Harriet, to Lake Calhoun, and more. But the views aren’t limited to just Minneapolis’ many lakes. This trail will also afford you spectacular of the Minneapolis city scape.

The majority of running done in Atlanta is done in parks, and the best park in Atlanta has to be Piedmont Park. The park offers various miles of running, featuring light slopes, flat land, and a variety of other running conditions. The trail traverses all throughout the park, making its way past playgrounds, baseball fields, dog parks, and more. If you’re looking for a beautiful place to run freely in the middle of Atlanta, Piedmont Park is the place for you.