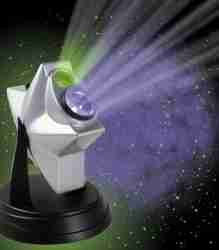 After enough time passes, a bedroom can start to feel like a cramped and stale place. After all, it’s simply four walls, a ceiling, and a floor. There is a limit as to how far it expands. But what if you could make your bedroom seem as if it was never-ending? With a star projector, such a thing is possible.

With the use of a star projector, you’ll feel as though you’re looking out upon the vast universe, even when you’re confined to a 12 x 13 foot room. Want to turn the ordinary into the extraordinary? A star projector can make all the difference.


Introduction: What is a Star Projector?

Star projectors are devices that use light to display the appearance of stars and the galaxy on walls and other surfaces. These projectors are capable of making a boring, mundane room look like an endless galaxy.

What are the Benefits of Owning One?

Star projectors may not be an absolute necessity, but they do make for very entertaining and enthralling visual stimulants. Looking up at the laser-induced star galaxy on your ceiling can be a relaxing and comforting way of drifting off to sleep.

These projectors are also capable of bringing a much needed decoration to your plain and boring bedroom, living room, or recreational room. If you’re tired of staring at the same plain, white walls all of the time, a star projector could be just what you need to bring some color to your life.

Who Would Enjoy a Star Projector as a Gift?

Young kids are probably the biggest market for star projectors. They appeal to kids who love planets, astronauts, NASA, and other reality-based space science.

But kids don’t have to be future STEM grads to love a star projector. They’re also great for fueling active imaginations. Kids can sit on their bed and pretend they’re soaring through the galaxy with Chewbacca or they’re on the bridge of the Enterprise.

Plus, the projectors are great for helping kids conquer a fear of the dark. Many kids may feel they’re too old for a nightlight but still aren’t ready to sleep in pitch blackness. A star projector provides comforting illumination.

Of course, they’re not just for kids. Adults love them, too. Use a star projector to add spacey-style to your next party or get-together.

Who are the Contenders for Best Star Projector of 2019?

With the ability to project up to 60,000 stars on your ceiling and walls, the Sega Homestar Home Planetarium Star Projector also possesses the ability to display shooting stars. Encased in a black, plastic casing are 3-watt white LED lights that can be displayed at different angles and focuses. Capable of being set on a timer, this projector can be programmed to turn off exactly when you want it to.

Can You Imagine Laser Twilight Projector

Designed for young teenagers and kids, this Can You Imagine star projector projects a rotating star design on your ceiling and walls. It offers two settings which can either give the projection the appearance of a clear night sky, or the appearance of a cloudy night. With a 4-hour shut-off feature, you can use it as a nightlight without unnecessarily wasting energy.

With the ability to adjust to the size of the surface its projecting on, this Parrot Uncle star projector is extremely versatile. Rotating capabilities allow it to give the appearance of the universe moving around you. To ensure that it doesn’t waste unnecessary energy, it possesses a 4-hour shut-off feature which gives it nightlight capabilities.

Features to Think About Before Buying

While some star projectors are fixed in one position, others are able to spin around slowly so as to make it look as if the stars are moving around you. This is not a necessary feature by any means, but is definitely something that gives the projector a little more prestige and variety. Some top-tier projectors are even able to spin and rotate at different angles.

In its most basic form, a star projector will be able to turn on and project stars onto your wall and ceiling. However, high-quality projectors also possess other features. These features include a rotating axis, built-in speakers, and even simulated shooting stars.

With two discs included, the Sega Homestar is capable of projecting exact replicas of the night sky with and without constellations. Smooth, consistent rotation creates the feeling of the sky moving around you, making it as lifelike as possible.

Unlike the Sega Homestar, this Can You Imagine star projector only possesses one projection. This means that it only allows you to see one stock formation of stars. However, it is just as capable of rotation as the Homestar, spinning slowly over time to give you the feeling of the sky moving around you.

Capable of projecting up to 60,000 simulated stars at a time, the Sega Homestar is as powerful an indoor projector as you’re going to find. It can project distances of up to 90 inches and areas of up to 106 inches in diameter. Though it can work on all types of indoor surfaces, it performs best when used on plain white surfaces.

While it doesn’t produce as many stars as the Sega Homestar, the Can You Imagine Twilight Projector produces just as powerful a projection. It is most appropriate for an indoor bedroom for children.

As far as power capabilities go, this Parrot Uncle projector is very similar to the Can You Imagine and Sega Homestar. It is for indoor use, and is specifically for children and young teenagers. While it can project onto all types of surfaces, it’s best-suited for plain, white walls.

While the Sega Homestar possesses an excellent projection, the laser-projection of this Can You Imagine star projector just barely tops it. They both provide very clear and detailed projections, but the Can You Imagine is just slightly sharper. In certain situations, it might even be capable of being used outdoors.

Like the Can You Imagine projector, this Parrot Uncle star projector just barely edges out the Sega Homestar. The Parrot Uncle is clear, concise, and allows you to change projection sizes based on how big of a wall you’re projecting it onto. Its laser projection keeps things sharp and visible at all times.

The Sega Homestar makes use of an LED light projection type. With 3 watts of power, it is perfect for dark, indoor settings on plain white surfaces. It is not designed to be used outdoors, so if you were to try it, you would more than likely be underwhelmed with the results.

In terms of extra features, the Sega Homestar is the best of our top 3 projectors. In addition to its excellent rotation and light focus capabilities, it also possesses a timer that can control the duration of each lightshow. Its most unique feature is a “shooting star” feature that projects a fast moving simulated star from time to time.

The Can You Imagine Twilight Projector offers various different features. It’s premier feature is its ability to display projections of both clear and cloudy nights. Its four-hour shut-off feature automatically turns it off after 4 hours of continuous use, helping to conserve energy. And, of course, its rotation feature gives the projection the feeling of the sky moving around you.

With an automatic 4-hour shut-off feature, this Parrot Uncle projector saves energy and can be a nightlight. That feature and it’s ability to rotate consistently and reliably make it a great buy for anyone looking a great star projector.

The Results Are In: See Our Winners 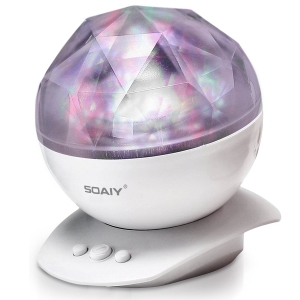 For its price, this SOAIY star projector is an outstanding product. With the ability to project simulations of aurora borealis and nebular light onto walls, it provides four different color modes, including red, green, blue, and multicolor.

Containing a built-in speaker, it also allows you to play music from your iPod or other device. Considering its number of great features, this is easily the best star projector at a budget price. 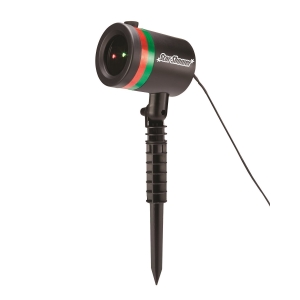 This Star Shower Laser Light Projector is very powerful, capable of covering up to 600 square feet of display space, and up to 100 yards of distance. It can project green laser light, red laser light, or stars that combine red and green. It’s weather resistant and great for projecting light on the side of your house.

If you’re looking for a powerful light projector at a decent price, you should definitely give this a look. 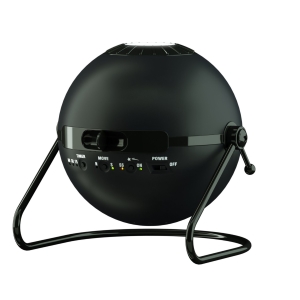 This Sega star projector is the best star projector on the market, bar none. Capable of projecting up to 60,000 simulated stars onto walls, floors, and ceilings, it will shroud your room in the appearance of outer space. With the ability to produce shooting stars, turn off at programmed times, and rotate however you want it to, it’s extremely versatile.

If you’re a space enthusiast and you’re looking for the best star projector around, this is it.

A great star projector can turn a normal, everyday room into a wide open galaxy. It can take a plain, mundane, and boring place, and turn it into an extravagant one.

High-tech devices such as the Sega Homestar Home Planetarium Star Projector are capable of projecting remarkable and life-like projections of stars and galaxies. If you’re a space enthusiast, light show enthusiast, or are just looking for something to bring character to your room, a star projector could be just what you’re looking for.