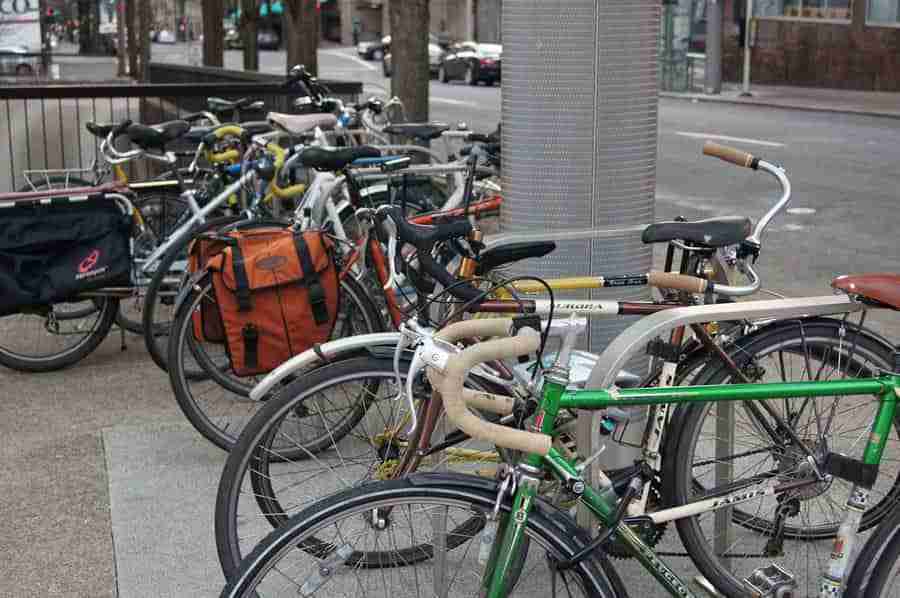 A great way to save money and get exercise at the same time is by biking to work, school, and other obligations. While biking is possible in all cities, some cities especially cater to commuter cyclists. Here are the top 10 most bike-friendly cities in the United States.

As years pass, San Francisco sees more and more people commuting to work via bike. In 2015, the city counted over 1 million bike trips for the first time in its existence. To accommodate bikers, San Francisco is adding protected bike lanes on several roads. While one has already been added on Masonic Avenue, another is due to be added to Second Street in 2017. The city is currently strenuously working toward a goal of zero bike fatalities.

An already friendly city to bikes, Chicago, Illinois plans on building another 50 miles of protected bike lanes in the next 3 years. By the time the city’s finished, it will play host to the largest downtown bike network in America. Most of these lanes will be protected from automobile traffic, making the network as safe and as rideable as possible.

Host to Critical Mass, an event that happens on the last Friday of every month which draws police protected bike riding all over the city, Miami, Florida is a terrific city for bike riders. The city has seen developments on new biking infrastructure, allowing bike commuters to get around as safely and as quickly as possible. There are two planned trails in the works, scheduled to be built west of Central Miami, and on the city’s Underline.

Though it’s a hilly city, Seattle is doing everything it can to build additional bicycle infrastructure. The city plans on adding an additional 2,500 co-share bikes to its ranks, some of which will be electrically-assisted. In 2015, Seattle passed a levy which allocated funds toward the development of a 50-mile protected bikeway as well as a 60-mile bike-prioritized greenway. In essence, the city is prioritizing bike traffic.

Progressive in almost every way possible, Portland, Oregon is a terrific city for biking of all kinds; whether it be commuter biking or competitive biking. Around 8% of the city’s population bikes to work; a number that seems to be growing yearly. Already possessing 86 miles of bike-friendly trails, the city plans on adding 9 more miles in 2017. It is also actively monitoring and assessing bike crashes.

A city where around 9% of residents bike to work and school, Boulder, Colorado makes sure that it accommodates its bike-riding population. Featuring a network of bike trails from The University of Colorado to the rest of the city, it’s a terrific biking city for students. The city is currently working on an initiative to install more biking infrastructure which will cut down and bike and vehicle crashes as well as pollution.

The first city to implement a bike-share program, Washington, D.C. has always been a leader in bike-friendly programs. D.C. plans on having a total of 99 ride-share stations across the city by 2018. With a number of protected and barricaded bikeways, it’s one of the safest cities in the U.S. to ride your bike. D.C. is currently working on the Anacostia Riverwalk Trail Extension, which will provide 70 miles of bike-only path from the University of Maryland to several national parks.

With a proposed 30 miles of protected bikeway currently in the works, Philadelphia, Pennsylvania is doing everything it can to accommodate bike traffic. Sporting a 1,000-bike bike-share program, the City of Brotherly Love is looking to expand the program even more in the coming years. The city is making a concerted effort to establish bike lanes in all different parts of the city, from high-income areas to low-income areas, and everywhere in between.

Salt Lake City, Utah has made recent developments to its bike infrastructure, decreasing bike crashes by 50% and greatly increasing the use of bike-share programs. In addition to two protected downtown bike lanes, the city also possesses a protected bike intersection; one of the first in the United States. The city is currently trying to create bikeways within a half mile of each Salt Lake City resident.

Minneapolis, Minnesota has one of the most extensive and complex biking and walking networks in the United States. The path system connects at a bevy of different points, making its way over the city’s many rivers. But the city isn’t remaining stagnant. It currently has plans in place to install 30 to 50 more miles of bike paths by 2020.