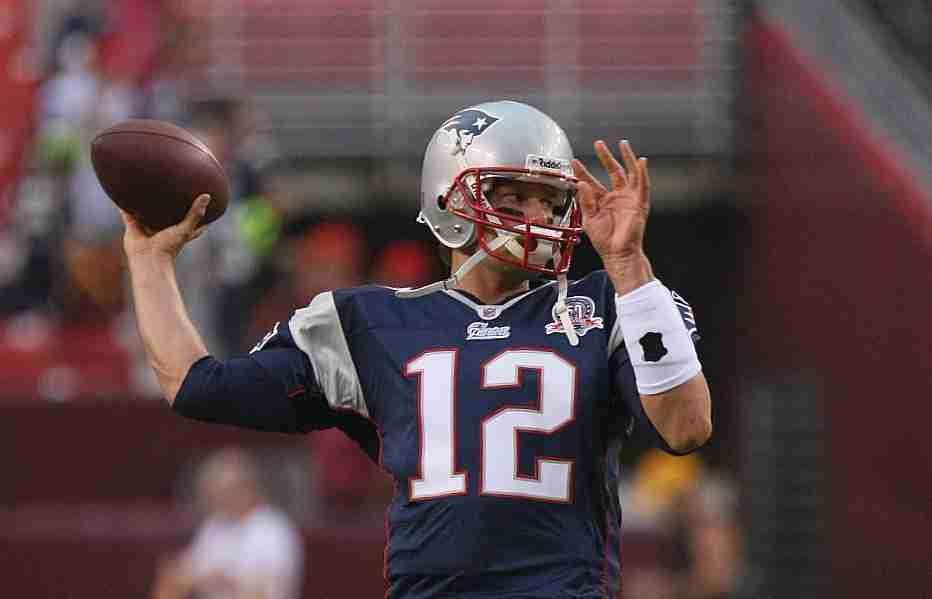 The NFL Draft makes or breaks NFL organizations. Choosing the right players can lead your team to Super Bowls while choosing the wrong players can lead your team into the dirt. While the best players are typically picked in the early rounds of the draft, rounds 1-3, teams can often find a diamond in the rough in rounds 4 through 7. These are the top 10 best late-round draft picks in NFL history.

Tom Brady is undoubtedly the greatest bargain in the history of the NFL Draft. Drafted in the 6th round at 199th overall, he has gone on to be arguably the greatest quarterback in the history of the NFL. With 5 Super Bowl titles and 2 MVP awards to his name, he has got a shot at breaking just about every passing record in the book. Fresh off a Super Bowl victory, the 39 year old Brady looks to have a lot of gas still left in the tank.

Just recently inducted in the Pro Football Hall of Fame, running back Terrell Davis was drafted by the Denver Broncos in the 6th round of the NFL Draft as the 196th overall pick. While his career was not a long one, it was a successful one. He’s one of few running backs in league history to surpass 2,000 rushing yards in a season, accumulating 2,008 in 1998. A prolific runner in the playoffs, he had 3 of the top 21 playoff rushing performances of all time.

Though he was drafted in the 7th round at 192nd overall, Shannon Sharpe was able to help revolutionize the tight end position. Over the course of his career, he was elected to the Pro Bowl 8 different times, surpassing 1,000 yards receiving in 3 different seasons. With 10,060 yards, he is currently 4th all-time on the tight end receiving yards list behind Tony Gonzalez, Jason Witten, and Antonio Gates.

Selected by the Dallas Cowboys in the 7th round at 182nd overall in the 1967 NFL/AFL Draft, Rayfield Wright was a cog in the system of the brilliant Dallas Cowboys teams of the 1970s. The right tackle was selected to 6 Pro Bowls, winning two Super Bowls with Dallas in the process. A first team All-Pro four different times, he was inducted into to the Pro Football Hall of Fame in 2006.

Draft 214th overall in the 9th round of the 1967 NFL Draft, safety Ken Houston made 12 Pro Bowls over his 14-year career with the Houston Oilers and Washington Redskins. An instinctual ballhawk, Houston tallied 49 interceptions and 12 touchdowns over the course of his career. He also recovered 21 fumbles on his way to a Hall of Fame induction in 1986.

Jared Allen, who was one of the premier pass rushers of the 2000s, was drafted 126th overall in the 4th round of the 2004 NFL Draft. A five-time Pro Bowler and one time Defensive Player of the Year, Allen’s best season came in 2011 when he tallied 22 sacks. He finished his career with 136 sacks and is almost a lock to be inducted to the Pro Football Hall of Fame someday; probably sooner rather than later.

The NFL’s resident antagonizer and, arguably, best defensive back was drafted in the 5th round of the 2011 draft at 154th overall. The NFC Defensive Player of the Year in 2014, he has thus far accumulated 30 interceptions. A 4-time Pro Bowler and 3-time First Team All-Pro, Sherman’s combination of size and speed make him almost impossible to throw against. While it remains to be seen, the 28 year old is well on his way to Canton and the Pro Football Hall of Fame.

Arguably the NFL’s best receiver at the present time, Pittsburgh Steeler Antonio Brown was drafted in the 6th round of the 2010 draft at 195th overall. He’s been nearly unstoppable since entering the league, tallying 8,377 receiving yards on 632 receptions since day one. His best season thus far came in 2015 when he had 136 receptions for 1,834 yards and 10 touchdowns. At this point in time, Brown seems destined to be a Hall of Famer one day.

Drafted in the 8th round of the 1983 draft at 203rd overall, Richard Dent was a leading member of one of the most tenacious defenses in league history: The 1985 Chicago Bears. He tallied a total of 137.5 sacks over his long career, making the Pro Bowl and NFL First Team 4 times a piece. The MVP of Super Bowl XX, he was inducted into the Pro Football Hall of Fame in 2011.

From the time he became a full-time starter in his second season, Brandon Marshall has been one of the most unstoppable wide receivers in the NFL. Drafted in the 4th round of the 2006 NFL Draft at 119th overall, he has made it to 6 Pro Bowls and 1 All-NFL First Team. In his 11 seasons, he has accumulated over 1,000 yards receiving 8 times. While he had a bit of a down year last year, he should see an uptick in production now that he’s playing alongside Odell Beckham Jr. Though it’s not easy for wide receivers to make it in the Hall of Fame, Marshall stands a very good chance.