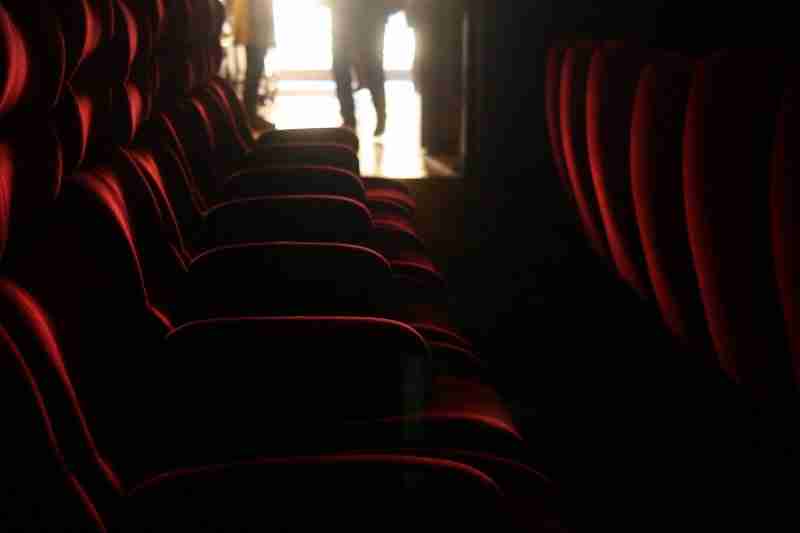 Motion Pictures wait for no one, and with the turning of another month comes the release of another batch of movies. April’s movies come from every genre, including comedy, drama, actions, Sci-Fi, animations, and more. Here are 10 must-see movies coming out this April.

A film about privacy and surveillance in the world of technology, The Circle is set to come out in all major American theatres on April 28. Directed by James Ponsoldt, it stars Emma Watson, Tom Hanks, John Boyega, and Karen Gillan. It also features Bill Paxton in his last role before his death in March. With music by the iconic Danny Elfman, it will first premiere at the Tribeca Film Festival on April 26.

Sleight is a film about a street magician who is forced to use magic and intelligence to save his sister after she has been kidnapped by drug dealers he is involved with. It’s directed by J.D. Dillard and stars Jacob Latimore, Seychelle Gabriel, Dule Hill, Storm Reid, and more. First premiering at the 2016 Sundance Film Festival on January 23, 2016, it’s set to to hit theaters on April 28.

3. The Fate of the Furious

The 8th installment of the Fast and Furious series, The Fate of the Furious will be the first movie in the series not to star Paul Walker who died in a car accident in 2013. It’s directed by F. Gary Gray and stars Vin Diesel, Dwayne Johnson, Jason Statham, Michelle Rodriguez, Tyrese Gibson, and many more. It’s set to be released on April 14 in all major American theaters.

Gifted is a film about a young mathematical prodigy who is caught in a tug-of-war between her uncle and grandmother, one of whom wants her to just be a normal kid, and the other of whom wants to foster her extraordinary intelligence and ability. It’s directed by Marc Webb and stars Chris Evans, McKenna Grace, Lindsay Duncan, Jenny Slate, and Octavia Spencer. It will be released in select theatres on April 7 and in the rest of theaters on April 21.

A film set during the end of the Ottoman Empire in 1914, The Promise follows a love triangle between 2 men and a woman in Paris, France. Directed by Terry George, it stars Oscar Isaac, Charlotte Le Bon, and Christian Bale. It first premiered at the Toronto International Film Festival on September 11, 2016. It’s scheduled to be released in The United States on April 21.

The Smurfs hit the big screen for the third time since 2011 in Smurfs: The Lost Village. In this film, the Smurfs must make a trek to find a secret village, all the while battling against their arch-nemesis, Gargamel. Directed by Kelly Asbury, it’s voiced by Demi Lovato, Danny Pudi, Jack McBrayer, and Joe Manganiello. The movie is set for release in all major American theaters on April 7.

A life-like science fiction movie about three teens who go wandering in the Phoenix desert in search of strange happenings, Phoenix Forgotten is one of the premier horror movies of April. It’s directed by Justin Barber and stars Matt Biedel, Florence Hartigan, Jeanine Jackson, and more. With a relatively short 80 minute runtime, it’s due to hit theaters on April 21 in most major American theaters.

Going in Style is a film about three men who plan an elaborate bank heist after their pension fund has been killed off by corporate. A comedy film, it’s directed by Zach Braff and stars legendary actors Morgan Freeman, Michael Caine, Alan Arkin, Matt Dillon, and Ann-Margret. With a 96 minute runtime, it’s set to be released on April 7 in all major American theaters.

A Sci-Fi film, Colossal is a tale of a woman who returns to her hometown after being thrown out of her house by her ex-boyfriend. After she has returned, she runs into a dangerous and gigantic monster which she somehow has a connection to. Directed by Nacho Vigalondo, it stars Anne Hathaway, Jason Sudeikis, Dan Stevens, Austin Stowell, and Tim Blake Nelson. Though it premiered at the Toronto International Film Festival in 2016, it’s set to be released in most major American theaters on April 7.

The Comet Kids is an adventure movie about five kids who go to find a piece of a crashed comet in their hometown in the 1950s. Directed by Glenn Triggs, it stars Tiriel Mora, Lulu McClatchy, Xavier West, Jessica Leighton, Juliette Salom, Liam Pope, Harrison Bradley, and more. An Australian film, it’s set to be released on April 1 in Australia.