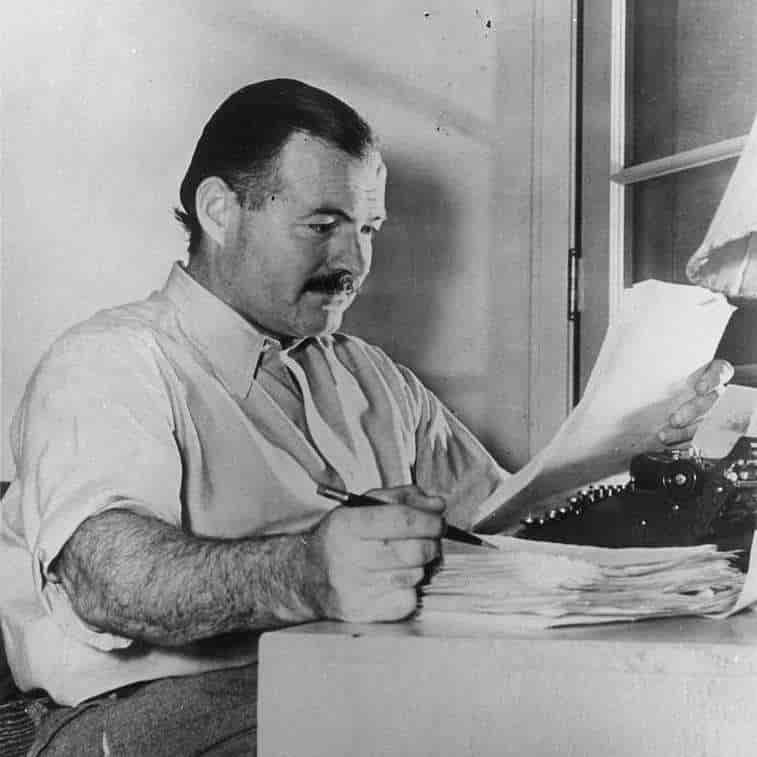 Over the history of the written word, there have been a number of exceptional novelists. These storytellers use pencil and paper to combine fantastic prose with creative themes and ideas to produce novels that withstand the test of time. While everyone’s got their favorites, there are a few who stand above the rest of the pack. Here are the top 10 best novelists of all-time.

While he’s also lauded as a short story writer and poet, James Joyce is the writer of some of the greatest novels ever published. Some of his greatest novels include The Portrait of the Artist as a Young Man and Finnegan’s Wake. But his most famous novel, and a masterpiece of modernist literature, is Ulysses. The novel is absolutely staggering, measuring in at around 700 pages. When taking influence, prose, and complexity into account, it’s hard to find a novelist more accomplished than Joyce.

Russian writer Leo Tolstoy is famous for novels such as War and Peace, Anna Karenina, and Resurrection. Born in 1828, he is considered by many to be one of the greatest authors of all-time. An endlessly influential writer, his ideas on nonviolent resistance influenced historical figures such as Martin Luther King, Jr. and Ghandi. Though he also wrote short stories and nonfiction works, his novels are his most acclaimed.

Most famous for his controversial 1969 novel Slaughterhouse Five, Kurt Vonnegut is the writer of some of the most important novels in American literary history. Hugely popular amongst the late 60s counterculture sect, his books continue to be read by everyone from teenagers, to young adults, to otherwise. Other top novels from Vonnegut include Cat’s Cradle, The Sirens of Titan, and Player Piano.

Few have captured the sadness, alienation, and loneliness of the American experience quite like F. Scott Fitzgerald. His masterpiece, The Great Gatsby, is a dark, and ultimately tragic, commentary on the American dream. A writer of beautiful, poetic prose, Fitzgerald possessed an innate ability to paint pictures and ideas with words. Other great novels from Fitzgerald include The Young and the Damned, This Side of Paradise, and Tender is the Night.

Famous for a great many works, including A Christmas Carol, Oliver Twist, David Copperfield, and Hard Times, Charles Dickens was the voice of industrialization-era England. His stories always centered around poor, disenfranchised characters who were struggling to make their way in the world. He’s such an important writer that his name has been turned into an adjective. “Dickensian” is a word now used to describe poor conditions in Victorian-era England.

In the conversation for greatest American writer, Ernest Hemingway’s short, succinct, and straightforward writing style helped revolutionize prose as we know it. His books are models of harsh realism, exposing both the good and bad of situations with incredible and brutal honesty. Hemingway has a number of great novels, but his most lauded are A Farewell to Arms, The Sun Also Rises, For Whom the Bells Tolls, and The Old Man and the Sea.

The writer of Infinite Jest, a book that you almost have to study to read correctly, David Foster Wallace was arguably the voice of the 90s generation. His writing dealt with topics such as depression, addiction, existentialism, human relationships, and a great deal more. Other works by Wallace include The Broom of the System as well as the unfinished The Pale King. Unfortunately, after many battles with depression and mental illness, Wallace took his own life in 2008 at the age of 46.

A leader of the modernist writing movement, English author Virginia Woolf’s novels were sharp critiques of society in the early 20th century. Her most well-known novels include Orlando, Mrs. Dalloway, and To the Lighthouse. Like Foster Wallace, Hemingway, and a number of other great writers, Woolf suffered from depression and mental illness throughout her entire life. This culminated in her suicide at age 49 in 1941.

While his novels may not carry the political or social weight of other authors on this list, it’s impossible to deny Stephen King’s storytelling abilities. Dozens of his stories have been made into successful hollywood movies. Some highlights include, Misery, Carrie, The Shining, Pet Sematary, and The Green Mile. Several of his novellas were also turned into successful movies. There may never be another writer as prolific as the great Stephen King.

The writer of the hugely important 1984 and Animal Farm, George Orwell is one of the most important social commentators of all-time. Both of his keystone books deal with totalitarianism, as does much of his work. Several of his words and phrases are now commonly used in popular language, including thought police, Big Brother, and newspeak.